[Test] What is Brave?

Brave, the little browser who wants to reinvent the web

Brave is a browser founded by the American Brendan Eich. In the past, Eich participated in the creation of the Mozilla Foundation and was General Manager of its subsidiary Mozilla Corporation in March 2014. (He was forced to resign because of his unfavorable views on gay marriage.)

It is in addition to the current alternatives to Chrome, such as Opera which holds more than 5% of market share in the world, or UR Browser, a solution devised by a French company. Brave, like UR, were built on the open source technology of Google Chrome. They are so close, but these small sailors, almost lonely, are strong to protect privacy and limit see block ads.

The ad is the great battle horse of Brave, who has just announced. Moreover, that it now offer by default the search engine Qwant, when it downloads, just like UR Browser.

Advertising, this big cake that only Google tastes (or almost)

With 1,500,000 users, Google is taking over the entire advertising market. This is called adtech, that is, all the technologies and methods that make it possible to display appropriate advertisements on the screens of Internet users. For that, you have to know who they are and what they do. We are now entering the debate on privacy, which has led to the adoption of the General Data Protection Regulation (GDPR) in Europe.

By being in a key position in this market, Google is the biggest winner in the advertising market. Adblocks systems (blocking the advertising display) are actually a division of the market, more than its actual hindrance. Because without advertising, it is impossible to make the production of content on the web profitable. For the media, for example, displaying the ad on their pages is a contribution of money, which they are not ready to do without.

The proof: some American media had insurgent against Brave and against the blocking and misappropriation of advertising revenues.

Is there a way to change the system?

Brave blocks the advertising of websites. And, if the user wishes, he replaces them with other ads deemed more relevant. The revenues from these ads are then donated:

Brave, created two years ago, currently has only 4 million users. It's Tom Thumb behind Chrome, Safari, Firefox, Internet Explorer, Android and Samsung Internet. He hopes to reach an audience of 12 million Internet users by the end of 2019.

With less than 100 million users, one can not imagine an advertising market according to the experts. Tristan Nitot of Qwant, argues for an alternative:

We must find systems that allow a remuneration for everyone that is an alternative to ad tech, which is really toxic in terms of security and monitoring for everyone.

Brave brings a complaint against Google

no complaint to the European regulator for massive data breach on the web by Google and other ad tech companies has been filed under the European GDPR.

The action is driven by Brave's Johnny Ryan, Jim Killock, executive director of the Open Rights Group, and Michael Veale of University College London. The complaint points to a massive and ongoing data breach that affects virtually all web users.

When people are on sites that display so-called behavioral advertisements. It seems, according to Brave, that many private data are thus sucked, then sold or communicated to Google's advertising advertisers so that they adapt their offers to these same users. This is the so-called RTB technique, “real-time bidding”.

It is not illegal to retrieve user data, but it is illegal to distribute it to create an “auction” and not to guarantee their security against malicious and fraudulent attacks.

In addition to ensuring the agreement of Internet users, data owners. The company must ensure the security and confidentiality of this data. Google has several times warned its users to have complied to comply with the RGPD from May 25th.

The penalty provided, in case of non-compliance with this regulation may be up to 4% of the turnover of the penalized company. 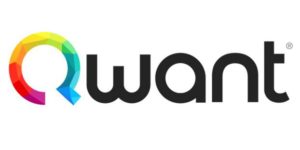 Like the lion representing him, Brave tries to roar against the giant Google. By allying with Qwant, who has been talking a lot about him in Europe in recent months. He hopes to create a chain of “solidarity” to give the Internet a little of its original utopia, that of sharing knowledge.