The bitcoin saga, from the depths of the Web to a society phenomen

At its creation, it was worth only 0.001 dollar, that is to say nothing, a dust. Almost no one was betting on it. Today, it is worth the price of a small car (11967.8$), appears on television and is the subject of broadcasts. Everyone wonders, wonders why or how to buy it. The bitcoin fever turns to the phenomenon of society.

Since 2010, bitcoin has taken off, with a trajectory as intriguing as it is unpublished. The first cryptocurrency market has known everything in eight years. Increases, declines, prodigious flights, crashes, like that of the last 48 hours … A evolution sawtooth, very erratic, which has long held in the shadows and hiding.

An explosion in the number of users 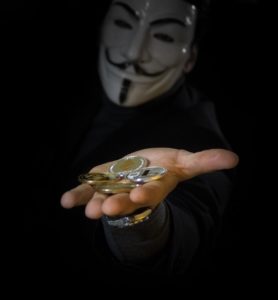 But thanks to its XXL performance, its capitalization is now in billions, bitcoin has changed size, imposing itself to users, states, businesses, and the world of finance. In 2017, the first cryptocurrency on the market, which started the year under the $ 1,000, has gone from record to record.

A cryptocurrency reserved for a minority of developers, bitcoin has become a consumer investment, much more sought after, both for its use and its profitability.

Whether in Asia, the United States or Europe, the number of users has exploded from a few hundred thousand to more than 50 million users. So much so that even the States had to seize the subject, like Japan which recognized it like a means of payment.

The financial actors, too, have entered the dance. At first skeptical, banks and investment funds, eager to seize opportunities, have gradually revised their judgment, considering in another eye the cryptocurrency and interest of the blockchain.

Places like the Chicago Stock Exchange have successfully launched their own bitcoin contracts, while pioneers of financial innovation like Goldman Sachs have begun to position themselves. The idea? Prepare dedicated teams to buy and sell cryptocurrencies.

All is not so pink in the country of bitcoin. And the performance of 2017 can not hide the point. The cryptocurrency star, which has lost 40% of its value ($ 12,000) since its peak in December, still has many challenges before it to achieve its “revolution.”

Bitcoin must first solve security problems. The explosion of the value of bitcoin and cryptocurrencies led to a lot of hacking attacks and hacking. This is evidenced by the mass flights on platforms, particularly in Asia, which sentenced them to closure.

Cryptocurrency also faces energy challenges. The bitcoin industry requires a colossal amount of energy, which questions the sustainability of its model.

Finally, bitcoin must meet the challenge of regulation, perhaps the most important. Because if some countries have already announced to think about its status, few are to have officially pronounced on its possible legalization. An essential question to move from the status of phenomenon to that of institution.