The Graft blockchain launches its main network sooner than expected!

Graft, the world's first free blockchain payment gateway network, was faster than expected and launched its main network on January 16, 2018, even before it launched its first fundraising campaign. digital offering (initial coin offering or ICO), which started on January 18 …

In addition, current cryptocurrencies do not offer traders, who are unaware of the legal and tax consequences. If they accept payments with these cryptocurrencies, the freedom to decide in which currencies (currency or cryptocurrency) they wish to be paid. Graft's mission is to solve these existential problems and to generalize the acceptance of cryptocurrencies.

What's more, Graft relies on existing payment behavior and infrastructure, allowing merchants to accept payments in both local currency and cryptocurrency. In other words, Graft makes crypto payments as easily and easily as with MasterCard, Visa and Amex.
The Graft ICO will be held from January 18 to February 18, with an absolute cap of $ 25 million …

Graft is a rare ICO project with its own blockchain. “The team is so committed to the spread of cryptocurrency and the development of a merchant-friendly. Solution that it has developed a blockchain built around the systems and processes of merchants, using the most sophisticated techniques. In this space and eliminating the problems related to other cryptocurrency “explains the entity.

“Soon, merchants who use Graft will be able to accept cryptocurrencies at their point of sale as easily as they do for cash or credit card payments.” 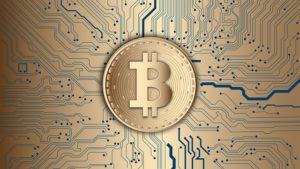 The fact that it uses its own blockchain allows the GRAFT project to distinguish itself from its competitors who use the ERC20 tokens … Thus, the network using the Graft blockchain will not be subject to Ethereum blockchain constraints, such as latency and fees, which places the company in a strong position to offer first-rate payment services …

One of the reasons why the adoption of cryptocurrencies using the blockchain has not been generalized. This is why the current cryptocurrencies have, for the most part, not been designed to be effective as a transaction medium. Unlike existing options such as credit cards and debit cards.

For now, using bitcoin and many other cryptocurrencies is more expensive for the consumer than credit cards and debit cards. Thus, a consumer can pay up to $ 30 in transaction fees …