“Cryptocurrency”: suspicions of fraud on Bitfinex and Tether

The ‘Bloomberg' agency revealed on Tuesday that Bitfinex and Tether, which are headed by the same CEO (managing director). They have been summoned by the Commodity Futures Trading Commission (CFTC) to be the regulator. commodity derivatives.US financial regulators are very interested in two cryptocurrency players, whose activities raise a number of questions.The CFTC sent them a letter on December 6, according to a source quoted by Bloomberg, which did not provide any further details about the nature of the investigation. 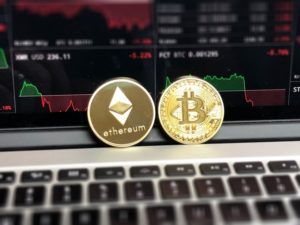 Bitfinex is a cryptocurrency trading platform, while Tether is the issuer of the eponymous cryptocurrency. The Tether is the 22nd “crypto” by its capitalization, which amounts to about 2.3 billion dollars. Tether stands as a “crypto” whose value is backed by the dollar (its value is stable at $ 1). Claiming that the company has enough green banknotes in reserve to cover all the Tether in circulation … This statement however, has never been proven and some experts doubt that the company actually has $ 2.3 billion.

It should be noted that last weekend, Tether announced that it had unilaterally severed its relationship with an audit firm Friedman LLP. Which had begun reviewing its accounts.

explained the company to justify its decision to break up …

Bitcoin down, rumors of Tether-related fraud

Market players believe that Tether emissions have contributed in recent months to the dizzying ascent of bitcoin, the main cryptocurrency with a capitalization of $ 172 billion. Market sources suspect that Tether's managers are acting fraudulently by reinvesting the Tether product in bitcoins, making it speculatively increase.

Bitfinex and Tether on Tuesday downplayed the scope of the CFTC's investigation, merely stating in a statement that they “routinely receive legal demands from legal agencies and regulators,” adding that they never commented on these events. 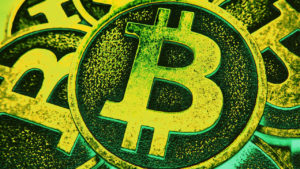 Neither Tether nor Bitfinex has publicly communicated the location of their headquarters, the identities of their managers or their financial data. Bitfinex's parent company, iFinex Inc., is registered in the British Virgin Islands and claims to be based in Hong Kong. A spokesman for the company, Ronn Torossian, told Bloomberg that Bitfinex and Tether's chief executive officer was Jean Louis (or Jan Ludovicus) van der Velde, who is also CEO of iFinex Inc.

Moreover, the “Paradise Papers”, these documents concerning tax fraud made public in 2017. Also revealed the existence of a Phil Potter, both director of Tether and responsible for the Bitfinex strategy. They showed that Tether was also registered in the British Virgin Islands.

“Cryptocurrency”: suspicions of fraud on Bitfinex and Tether
2.5 (50%) 4 votes