Samsung creates its own chips to facilitate the mining of cryptocurrencies

Samsung has always been second on the semiconductor market and Intel  the leader without interruption since 1992. Since yesterday, the situation has changed. 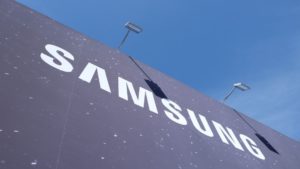 Samsung has stolen the first place in the ranking to his rival. In addition, according to information from the site TechCrunch, the South Korean giant would work to develop its own chips in order to undermine cryptocurrencies.

Several agreements have been concluded between the South Korean firm. A Chinese distribution company whose name has not been mentioned. The choice of China is justified. This country is one of the best placed on the “mining“, first through these “farms”, huge data centers with thousands of processors and graphics cards in order to “undermine” cryptocurrencies, but also at the component level since Chinese companies are the kings of processors optimized for computing.

The new type of chip that Samsung is working on is not based on the Exynos processors that the company is developing for its smartphones. It is an ASIC chip (Application Specific Integrated Circuit), less greedy. Which is built in order to be specialized in a type of application. These processors would provide better performance compared to a Nvidia Geforce GTX 1080 graphics card. It would also be far superior to a central computer processor according to the Engadget website.

With the rise of Bitcoin and the arrival of virtual currency services from all sides, this sector attracts crowds including Samsung who would certainly like to take advantage of its chips to be the first supplier of processors for this kind of use.