The war on ICOs is declared 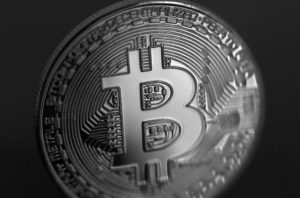 This is a blow for the ICOs, these fundraisers that give rise to a token issue or tokens? Facebook announced Wednesday that it would ban its platforms advertising cryptocurrencies, including bitcoins, and those related to “Initial Coin Offerings”. The California social network aims to crack down on scams and scams.

Arisebank, a pure and simple fraud

Facebook's decision comes just after the Arisebank scandal. The Texas company was pinned by the US regulator, the SEC, after raising $ 600 million via an ICO in two months. This operation was outright fraud.

This case is not the only one to hurt the image of ICOs. According to a study by EY, more than 10% of funds raised were purely and simply volatilized. The report says “It's not clear if they were lost or stolen”.

If ICOs are concerned, it is because unlike traditional fundraising with equity issues (IPOs), they do not value an activity, a team and a financial history. A company that uses an ICO does not have any real activity yet. It's only a project. In 2017, 235 companies used such transactions.

The American regulator decided to crack down

In the United States, the SEC, the regulator starts to see red and is working to calm the exuberance of ICOs. Mid-January Jay Clayton, the head of the SEC, said the “hype” surrounding blockchain technology annoyed him strongly.

In mid-December, the SEC had already suspended the ICO of a Californian company, believing that by promising gains to interested investors, it should have previously register with his services. It had been a few days earlier more severe by prosecuting fraud against a Canadian, PlexCorps, who had raised up to $ 15 million from individuals to whom he would have promised a return on investment of 1 to 13 times more in less than a month.

In India, the finance minister wants to ban all cryptocurrencies

Elsewhere, mistrust of these fundraisers is not uncommon. This Thursday in India, the finance minister has ruined all hope for ICOs. He said he would do everything possible so that bitcoin and other cryptocurrencies can not be used.

In China and South Korea, ICOs have already been banned.

In France, the regulator, the Autorité des Marchés Financiers, launched a public consultation that took place until the end of December. It should be positioned by the end of the first quarter. Last November, ESMA warned markets that ICOs were “extremely risky and highly speculative products”.