It's once again from South Korea that comes the bad news for cryptocurrency enthusiasts. According to a local finance ministry official, quoted by South Korea's leading news agency Yonhap, South Korea is considering a massive imposition of Bitcoin and Altcoin trading.

Exchange platforms could be retroactively subject to taxes of 22%, plus a local tax of 2.2%, on profits made last year, and in the case of 2016 net income above $ 19 million (20 billion South Korean won).

For example, a platform such as Bithumb could be owed 60 billion South Korean won, for profits made last year.

And South Korea would not stop there … It could also hit Bitcoin and its peers on the brink of privacy. Thus, according to the local agency ‘Yonhap', the transaction data of users of cryptocurrency trading platforms will soon have to be shared with the banks, which will facilitate the collection of tax, and should also dissuade some followers of the confidentiality of the exchanges …

The authorities are watching 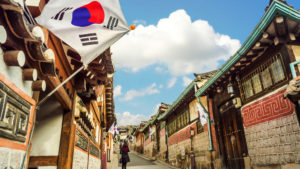 Recall also that the main ‘ico' had already unscrewed mid-January, largely due to the rumors of trade bans in South Korea. For the moment, such a measure would be complicated to put in place. On the other hand, the country seems to want to act without delay on other levers. Massive taxation, curbing speculation, may well be a suitable track …

The financial authority ready to act

Finally, the local Financial Services Regulatory Commission stands ready to close all cryptocurency trading platforms that do not respect the rules and the law. This commission reportedly warned the Parliament late last week that the government still considered a possible general closure of these platforms.