Bitcoin could relapse by more than 90%, and other ‘altcoin’ with it

Bitcoin, Ripple, Ethereum and other crypto-currencies are trying to stabilize this Monday, after a weekend once again agitated. The BTC is currently trading at about $ 11,800 on Bitfinex, a near-stability over 24 hours. Ethereum grabs 2% at $ 1,078. On Poloniex, the Ripple is trading at $ 1.39, with little change over a day.

Bitcoin bubble … or not? 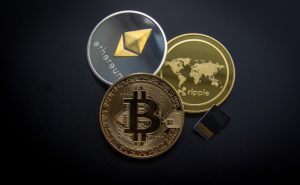 Peter Boockvar, chief investment officer of asset manager Bleakley Financial Group, said last week in an interview with CNBC that Bitcoin was showing signs of a “classic bubble”. And according to this eminent specialist, the air would start to emerge … Obviously, this expert is not the first to express such an opinion, and the recent evolution of the BTC would give him rather reason, with a rather brutal fall since the historic peak recorded at $ 19,891 mid-December on Bitfinex.

The specialist notes that the outbreak of Bitcoin has become ‘parabolic' in recent months, that is to say that it has greatly accelerated, at least until the recent relapse.

“When something becomes parabolic at this point, it usually ends where the parable started,” Boockvar analyzes.

Back to the starting point ?

This veteran of Wall Street anticipates a possible crash of Bitcoin in the months to come. It does not seem certain of the magnitude of the correction, but considers that it is a gigantic bubble. The ‘prophecy' of the guru may seem at first sight catastrophist, but would ultimately translate a return of the price of Bitcoin 12 months back.

The fault of the Fed (Federal Reserve System)? 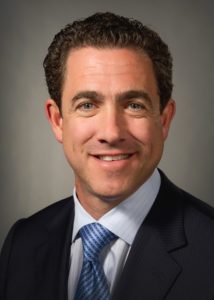 Boockvar also believes that this fall will coincide with the rise in rates worldwide… The strategist has also taken to the central banks, and first of all to the Fed. According to him, these central banks, by their outrageously accommodative monetary policies of the last years, would be somehow responsible for the current madness of cryptocurrencies.

“If we had never heard of quantitative monetary easing, would crypto-currencies have appeared?” Wonders Boockvar.

Impact on the stock markets

Finally, on the occasion of this interview on CNBC, the specialist believes that the likely fall of cryptocurrencies should impact the financial markets. Boockvar expects investor risk attitudes to change significantly after crypto-cracking. This should result in particular collateral damage on the stock market.

You can also read a more optimistic view from Tom Lee