Hundreds of Cryptocurrency Platforms abound on the Web, but not all are equal. Here is our complete comparison that will help you get started.

Once the decision is made to invest in cryptocurrency, neo-investors rub shoulders with the same question: but where to buy? No platform is a reference because this system is not regulated. Indeed, there is no official bitcoin course and each has its own. And if one of them is hacked, there is no insurance to guarantee your assets: MtGox, the former major trading platform, lost 750,000 bitcoins in 2014. Its unhappy customers have still not seen the color of their wallet .

This episode must guide you in choosing your platform. Do not sacrifice security on the altar transaction fees or a tempting offer.

Some of them are crumbling under the influx of new inscriptions. Do not panic if your account is not validated for several days, this is normal. The advice to remember is to send your official documents as clean as possible. Many ID photos are not accepted because the details are not visible enough.

How meny Crypto can i Buy on each platform ?

This is one of the platforms reserved for users whose trading interfaces are not repulsive. It has the advantage of managing the main virtual currencies in circulation (bitcoin, bitcoin cash, ether, litecoin, ripple) and to practice reasonable commissions. Bitstamp has already suffered a theft of 19,000 bitcoins in 2015. But the company has taken care of the amount of the damage.

Bittrex is an excellent platform but also one of the most complex. You can not buy any of the 270 virtual currencies with euros. You must already own virtual currencies and transfer them to Bittrex before you start. The trading interface is not obvious because the options are numerous. Low fees.

Binance is one of the cheapest platforms. But also requires a good level of experience. Although it is Chinese, its headquarters are located in Hong Kong which protects it from the regulatory wave launched by Beijing in the field of cryptocurrencies. The site is translated into French. Certainly the reference of the sector, but the site is crumbling under the demands and sometimes suspends new registrations. 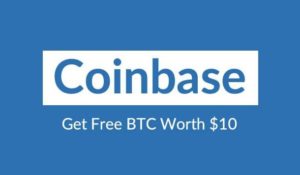 Coinbase is one of the simplest solutions for a beginner. Its interface and ergonomics are very well designed and are aimed at neophytes in finance. The downside, the commissions are a bit high. Each transaction is charged between 1.49% and 3.99% depending on whether you have used your credit card or transfer. Its mobile application, particularly intuitive, is currently one of the most downloaded. Unfortunately for its customers, the quick success of Coinbase has caused inconvenience: the platform is regularly hit by downtime during rush periods. This is problematic if you intend to sell at the highest level or if a crash occurs. Registrations suffer significant waiting times 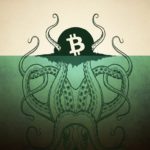 One of the lowest cost platforms (between 0.16% and 0.26%), but also one of the least obvious to take in hand. The registration process is particularly long. It is done in several steps depending on the volume of operations you want to process. Kraken offers most of the major virtual currencies and some more exotic ones. Like Coinbase, the platform experiences downtime during rush periods.

It is very easy to use. The company had the good idea to offer two interfaces: one of trading t one very refined for neophytes. It is very convenient to train for this type of tool. The fees are reasonable if you avoid payment by credit card (this recommendation is valid everywhere). Big black spot: Bitcoin is the only virtual currency available.

An old platform that has the advantage of offering a large number of cryptocurrencies. But as on Bittrex and Binance, you will already have some before starting to make transactions.

And eToro, what is it worth?

You may have already seen their ads on Facebook. But despite effective communication inviting you to invest in bitcoin eToro does not offer them. Their principle is based on CFDs, a financial instrument that allows you to speculate on an asset without owning it. So, you can bet on bitcoin and enjoy its rise and fall, but the experience stops there. Many readers have told us that they have not understood the principle and regret their registration.