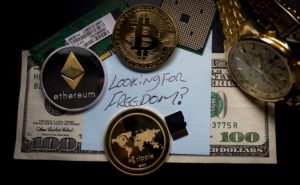 According to the study, relayed today by ‘The Independent', the criminal activities in question include hacking, money laundering, drug trading or illegal pornography.

What influence on the price of Bitcoin?

This may seem relatively worrying for current investors. Indeed, researchers believe that the popularity of cryptocurrency among criminals is a major contributor to its value. In other words, if these criminal criminals choose to leave the BTC for another ‘crypto', Bitcoin may fall …

The figures revealed by the study are thrilling. Indeed, 24 million participants

in the Bitcoin market would use the queen of ‘cryptos' mainly for illegal activities “. These unscrupulous users would drive a total of about 36 million transactions each year, for a total value of … $ 72 billion!

The study also attempted to evaluate the share of circulating bitcoins held by users engaged in illegal activities. Here again, the finding is worrying, since the BTCs held by them represent about 8 billion dollars!

Of course, as the study notes, one of the main reasons that Bitcoin is so popular among criminals is that it allows you to hide your identity. This confidentiality of the exchanges and this anonymity could be questioned, the authorities of several countries plunging on the question. South Korea, third market for trading ‘cryptos', has already reacted.

Bitcoin transactions are not completely anonymous, as all transactions are recorded on the blockchain. In addition, it would be possible to use this information to identify specific individuals. The study also shows that the surveillance of cryptocurrencies could make it possible to evaluate the trends of illegal activity, its evolution according to the interventions of the regulators, or its changes over time …

The researchers who conducted this study first relied on major seizures of Bitcoins. Before using the blockchain to rebuild the transaction network.

Bitcoin abandoned in favor of the Dash, Monero, Zcash?

The study shows that while individual identities are generally hidden. In Bitcoin transactions, by an alphanumeric address, the public nature of the blockchain still allows to link the transactions to individual users, market participants. In other words, the alleged anonymity of Bitcoin would not be total, which would cause criminals to study the use of some alternative cryptocurrency, such as Dash, Monero or Zcash. The study has also made it clear that the decline in illegal activity on BTC was associated with a rise in power of these alternative digital currencies …

Researchers believe that a significant part of the intrinsic value of Bitcoin as a payment system derives from this illegal use. The BTC could therefore lose value, if the criminals were moving towards other digital currencies. In addition, this proportion of illegal transactions also poses an ethical problem for investors …