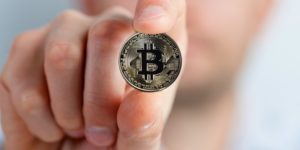 Bitcoin has seen many twists in November. Between a Hard Fork and a course increasingly volatile, the markets authorities warned about the risks associated with cryptocurrencies by denouncing their lack of regulation and their flaws.

“People investing through the Initial Coin Offerings should not lose sight of the risks associated with this type of offer,”

warned the FSMA and the European Market Supervisory Authority. (Esma) on November 13th. This year, startups raised more than $ 3 billion in financing worldwide through the sale of digital tokens.

On the stock market, bitcoin has been making looping this month, raising $ 7,900 on November 8 before losing a third of its value in four days, and then regaining $ 1,000 on November 13. An instability that is scary for investors, and raises doubts about the intrinsic value of bitcoin.

“Bitcoin is a currency independent of states and banks, but that is indeed used as a payment system,” says Jacques Favier, author of “bitcoin, currency Acéphale.

The blockchain decentralized technology, on which ICO (initial corner offering) depend. Does not fall within the scope of European laws and regulations, which can lead to fraud. It can also make some countries, like Japan, new tax havens. Indeed, the Japanese government is putting in place numerous initiatives to encourage the adoption of bitcoin. Which in particular attracts a strategic Chinese clientele. The preponderance of political and regulatory decisions. However, risks reversing the future of Bitcoin by transforming its very nature, since its value rests primarily on the anonymity of transactions. The danger for Bitcoin is to see its price fall if it loses this advantage.

With the growing success of bitcoin, the blocks are becoming more numerous, leading to new technical problems. Indeed, the verification time of a transaction has gone from a few minutes to several hours, exploding the cost of mining. It is the whole operation of the Blockchain which is thus impacted. The bitcoin paradox is there: the more users there are, the more the blockchain will work at slowing down.

In response to this flaw, Bitcoin experienced its first split in early November, called Hard Fork. This Hard Fork gave birth to Bitcoin Cash, a derivative blockchain made up of larger blocks. This upheaval is indicative of both cryptocurrency weaknesses and tensions in the Bitcoin community. The lack of governance is likely to weigh on the future of cryptocurrency and the technical decisions to make to improve blockchain growth.

Faced with this growing craze, are we seeing to a questioning of the banking system?

A Cambridge Center for Alternative Finance study estimates that there are more than 3 million people holding cryptocurrency accounts. A craze built around the fundamental advantages of this technology: the security and reliability of the currency, its independence and anonymity. Used in its debut only on the internet, bitcoin becomes more and more popular and is also accessible by some merchants. In addition, cryptocurrencies are increasingly used by companies looking for financing as an alternative to the stock market.

During her recent speech at the IMF, Christine Lagarde defended the many prospects that bitcoin could offer, especially for developing countries. In the current context of developing a new service economy. Bitcoin also allows new banking services for peer-to-peer transactions. For the director of the IMF, cryptocurrencies could have as much future as the Internet itself:

“They could remove central banks, conventional banks and question the monopoly of national currencies.”

It should not be forgotten that cryptocurrencies are still young and in full construction. The price of bitcoin will stabilize as it is adopted. The development of Blockchain technology will offer new opportunities for citizens, but also for banks that could also create their own virtual currency.