The almost too perfect Charlie Lee, creator of Litecoin 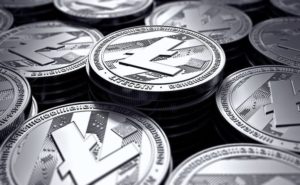 At least as much adored as he is hated, Charlie Lee provokes controversy with his statements on social networks. Each time, Litecoin varies in large proportions.

If there is one who rubs his hands, it's Charlie Lee. The creator of Litecoin has certainly achieved one of the most beautiful capital gains in the history of cryptocurrencies. He sold his bed at the end of December, when the electronic currency reached its highest historical (285 euros). The story is now more complicated for its creation whose value skyrockets around 100 euros. But what a flair for Charlie Lee! The day it announced the sale of its assets, the annual growth of Litecoin (LTC) exceeded 9.150% (compared to 1.318% growth of Bitcoin in 2017). We do not know how many units he owned but the engineer is probably multi-millionaire today.

This formidable intuition is, however, the subject of a controversy over the true intentions of its author. Charlie Lee is what is called an “enthusiastic crypto”. He speaks regularly on Twitter to give his opinion and talk about Litecoin. His statements are particularly scrutinized and the course of his cryptocurrency has varied several times depending on what he said. Many investors blame him for manipulating the prices. It is to answer these accusations that Charlie Lee announced that he had separated from all his litecoins. He wrote on the Reddit social network:

“Every time I tweet about the price of Litecoin or announce good or bad news, I am accused of doing so for personal gain. Some people even think that I shorte the LTC. So, in a sense, if I have so much influence, it's a conflict of interest for me to hold and comment on CTLs. “

A beautiful facade … but a messy game 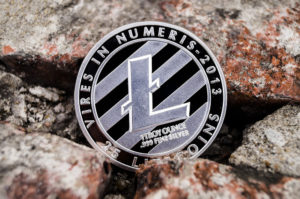 The anonymous Bitfinex'ed trader, whose expertise is known to point out irregularities in the sector, is skeptical about the honesty of this statement. On January 11, he wrote a blog post in which he carefully reviews the troubling behavior of Charlie Lee and in particular his links with Coinbase, the most popular exchange platform in the world. In addition to being the father of Litecoin. Charlie Lee also has the distinction of having directed the engineering of the site. Bitfinex'ed claims that he would have taken advantage of this double cap to artificially increase the value of his cryptocurrency.

As often with Charlie Lee, acts take place on social networks. On April 6, 2017, he staged an exchange with the boss of Coinbase, Brian Armstrong, in which he invited him to add the Litecoin in the cryptocurrency listed on its platform. A minute later, he answers in the affirmative.

The addition to Coinbase will be effective May 2 and Charlie Lee left the company June 9 to fully devote to Litecoin.

These events are troubling for several reasons:

It is surprising to note that Coinbase never ordered an internal investigation during the period when Charlie Lee was working in his ranks. Even though the company was more severe in December 2017 after the suspicious boom of Bitcoin Cash a few hours before it was included in its listing … This generated many comments, including this one:

“I do not care to know how you present this.
But it is an INSIDER RATE!
Someone in possession of plenty of Bitcoins knew that Coinbase would integrate Bitcoin Cash and offered itself a BIG chunk of profit. “

How far is Charlie Lee on it? 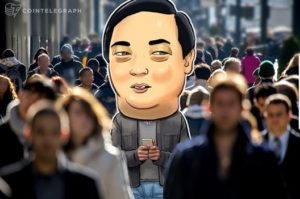 It is undeniable that Coinbase suffers from profound internal dysfunctions. How far is Charlie Lee wet? His behavior is at best clumsiness, at worst manipulation of course. On Reddit, he responds to Bitfinex'ed's criticism by dismantling the accusations point by point. On the specific case of the surprising activities of purchase orders. He explains that Litecoin news in the spring of 2017 benefited from the adoption of SegWit, an important update of the protocol. He does not write a word on the episode of August 2016. What to fuel the suspicions, but certainly not to establish his responsibility.

Charlie Lee is one of the most influential people in the crypto industry. It lends itself willingly to the game of communication. A fact quite rare to highlight in an industry that suffers a lot of its opacity. Is this point that causes so much tension? For some, he is a financial offender who manipulates the courts with impunity. For others, he is the architect of a credible first alternative to Bitcoin. He is also one of the creators of one of the largest trading platforms in the world. Anyway, Charlie Lee is someone who counts.

The almost too perfect Charlie Lee, creator of Litecoin
3 (60%) 2 votes