Where is the madness of bitcoin? 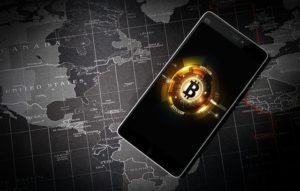 Cryptocurrency made headlines at the end of last year, as its value exploded (5,000, 10,000, 15,000 dollars …) Everyone was wondering how long this “rush” would last digital gold “and if the bubble would eventually explode. Back on a much more complex phenomenon.

“we saw a huge demand at our physical counter, with days when we really had trouble answering. on demand”. And for some scholars, the evolution of the course is a source of constant worry: “I saw on my phone that it went down a lot.”

From over $ 16,000, bitcoin has fallen back below $ 7,000 today, but with the rush of recent weeks the scams have multiplied. Several analysts take turns to answer the questions of savers. Notably to remind you that no serious platform can guarantee 100% profitability.

A territory still to clear

There are scams on bitcoin as there were recently on with the diamond. But that's not why you have to put everything in the trash. Bitcoin is making its hole more and more in the real economy. “It is still very marginal, so it is an economy that exists, connected to the traditional economy. Which sees in these new computer protocols complementary ways to change their activities.”

Several companies are trying today to raise funds in bitcoin (“ICO”). Domraider, a Clermont-based company plans to raise the equivalent of nearly 35 million euros to launch this week an auction platform on the web. “There is a clearing side that is very interesting,” says its founder Tristan Colombet. “An ICO raises a lot of technical, accounting, tax, and other questions that need to be answered.”

If the company is launched, it is that it specializes in blockchain technology, backed by bitcoin. There is not yet a legal framework for all these systems. Moreover the company has preferred to prevent itself the tax administration. But the authorities are seriously thinking about it.